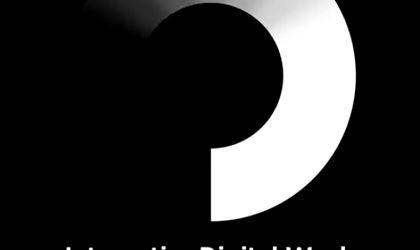 Digital Week 2016, the event dedicated to the digital creative industries in Romania that aims to bring closer the related industries to advertising, technology, IT & gaming, takes place between November 14-23 and is presented by The Institute with the support of UPC Romania.

Alongside the actual competition, Internetics Digital Week will host an exhibition and a series of conferences that aims to investigate how the digital interacts with three large fields: social, business and artistic.

The Internetics Digital Week exhibition, whose launch will take place on the November 14, starting 19:30, at Stibei Palace, reunites under the umbrella of Digital Heroes works of digital artists, innovative tech products and social apps.

During digital for business, the exhibition embarks Gigi, the humanoid robot and The harp without strings of Robofun, the Quad copters drones; Social Ego at RMX Creative in collaboration with Dorks Studio and Rage, Lampix, Woogie – a hardware device with artificial intelligence, 3D printers and the instrument Quick Draw from Alco 3D and Mobile Academy cu Mobile Tech Report 2016. The exhibition starts with a series of social app: DEEE Collect – The Recycling Patrol; Tandem Navigator – The Tandem Association, Green Tips of the MaiMultVerde Association; Interactive Tulips of The Association of flight against the Parkinson disease; The Courageous Lion – The Little People Association; Mr Bear Driver – Publicis Romania and Let’s do it, Romania.

The project CINETIc – The Jilava Massacre, a virtual tour with Oculus Rift, will also be presented. The design of the exhibition will be offered by Mihai Sfrijan, founder Notic Games and the access will be made by the basis of a 3D scan powered by the team 3D Seflie. The exhibition will be opened until November 23.

The discussion during the conferences Internetics Digital Week will take place on November 17, at Stirbei Palace, starting 3 PM.