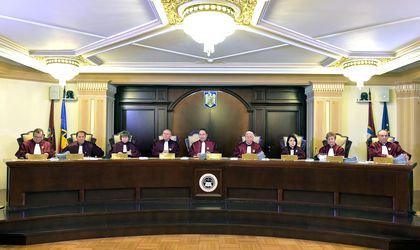 International press outlets have written about the Constitutional Court’s decision to force president Iohannis to dismiss DNA chief prosecutor Kovesi, despite the objections of the international community, the opposition and the civil society in Romania.

AFP writes that the centre-right president “doesn’t have discretionary power” in this matter and therefore must sign the dismissal decree, which represents a major victory for the social-democratic government. “As well as sparking huge street protests at home, those reforms have raised worries abroad that Romania may be backsliding in its fight against corruption.”

According to Reuters, the ruling “leaves prosecutors vulnerable to political interference”, and that it “limits the president’s powers and gives the justice minister, a political appointee, more control over prosecutors in one of the EU’s most corrupt states.” The agency also notes that the DNA “has investigated lawmakers, ministers and mayors in recent years, exposing conflicts of interest, abuse of power, fraud and the awarding of state contracts in exchange for bribes.”

The Washington Post writes about the reasons cited by Justice minister Tudorel Toader in February to support his proposal to dismiss the DNA chief, saying that “she was authoritarian, claimed that prosecutors falsified evidence and asserted that the number of acquittals was too high. He also said she had harmed Romania’s image in interviews with foreign journalists.” The Post adds that Kovesi’s departure “would be a blow to the agency, respected by ordinary Romanians, the EU and the US.”

Politico notes that “The ruling limits the president’s role in appointing and dismissing top prosecutors, effectively putting all the power to do so in the hands of the justice minister, a political appointee.” The outlet adds that “In April, Romania also planned changes to its judiciary laws and criminal codes that were slammed by the Council of Europe’s anti-corruption body for violating European anti-corruption standards.”