INSCOP: Most Romanians believe that the Romania of tomorrow will look better 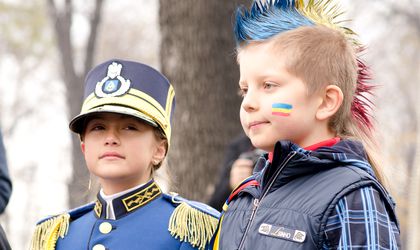 According to a survey conducted by INSCOP Research as part of a project initiated by the think tank Strategic Thinking Group in partnership with Euronews Romania, most Romanians are optimistic about how today’s children will manage to change tomorrow’s Romania for the better.

The survey showed that 54.7% of respondents think that tomorrow’s Romania led by today’s children will look better, 25.2% think it will look worse and 15.7% think the country will look the same. 4.4% of respondents did not know or did not answer the question.

“At a time of chronic pessimism, people’s confidence in the next generation is a real ray of light. The fact that the majority of Romanians believe that tomorrow’s generation will succeed in transforming Romania for the better and make the country look better than it does today is a source of hope. Confidence in the future starts with confidence in those who will manage that future.” Says Remus Ștefureac, President of the Strategic Thinking Group.

The national opinion poll was conducted by INSCOP Research as part of a project initiated by the think tank Strategic Thinking Group in partnership with Euronews Romania. Data were collected between 15 and 25 Nov 202 using the CATI method (telephone interviews), with a simple random sample of 1070 people, representative of the significant socio-demographic categories (gender, age, occupation) for the non-institutionalised population of Romania, aged 18 and over. The maximum allowable error of the data is ± 3% at 95% confidence.