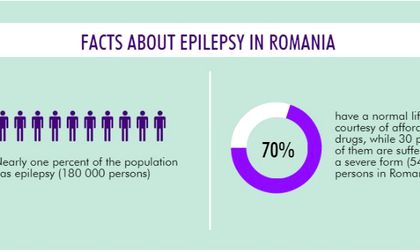 Bucharest will mark on Sunday, March 26, Purple day, a supporting event for people suffering from epilepsy.

According to public statistics, around 1 percent of Romanians have epilepsy and a large share of them are able to symptoms that can be controlled with affordable pharmaceuticals.

Globally, some 50 million people have epilepsy, according to the World Health Organization.