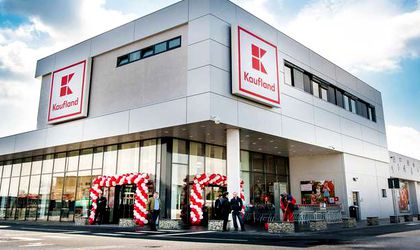 Kaufland Romania constantly proves that it is a leader of the local retail market, being the fourth largest company in the country based on the turnover of approximately 11.87 billion RON, and also one of the largest employers in the private sector. The latest study that analyses the financial data, the company’s investments and the social impact on the local economy in 2019 confirms this.

Last year, Kaufland generated a direct added value in Romania of approximately 461.7 million euro, offers 12,500 full-time jobs and supports almost 48,000 jobs in the Romanian economy through the activity, investments and salaries offered. The impact is even higher as Kaufland Romania creates long-term partnerships with local producers: 85% of the products on the shelf come from Romanian suppliers, and out of every leu spent at the cash register, 66% goes directly to Romanian businesses. Moreover, the CSR activity of Kaufland Romania went even further through significant investments of over 40 million RON – between January 2019 and March 2020 – in education, health, sports, culture and environmental protection programs. The company maximized its involvement efforts and, together with several NGOs in the country, carried out over the past year 136 projects with a total value of 7.7 million euro that supported 82 organizations with over 2.4 million beneficiaries.

In addition, Kaufland is the first retailer to drastically reduce its plastic consumption. Since 2018, the company provides the community with its own innovative solutions by launching a store concept based on an anti-plastic strategy. This involves eliminating more than 90% of the disposable plastic consumables used. The amount of investment in such innovative projects, but also in other modernization projects for the expansion of the Kaufland network reaches approximately 807 million RON.

“We have been in Romania since 2005 and we can certainly say that we have built a community with every added value we brought each year. We have created a large team that plays a significant role in the success of Kaufland, consisting not only of our employees but also of local partners, from all parts of the country, who help us to offer products that are always fresh and of the highest quality. In addition, we have built impact projects with organizations driven by the same desire as us: to make things work even better. We will continue to invest in Romania and consolidate our leading position. Our vision is to have 160 stores by 2024. ”, says Marco Hößl, General Manager of Kaufland Romania.

Kaufland Romania also means a fair working environment, which offers a competitive remuneration: the minimum net salary at Kaufland is 60% above the minimum net salary offered at national level. It is also important to mention that, through its activity and partnerships, Kaufland created (directly, indirectly and induced) a total of approximately 60,506 jobs in the Romanian economy in 2019 alone – the equivalent of approximately 1.2% of the total local market.

Every year, Kaufland increases the minimum income in the company, currently reaching 3,650 RON gross, to which are added the meal vouchers, an amount that can increase depending on the socio-economic specifics of each region in the country.

In addition, in the role of partner of goods and services of the highest quality and top employer, Kaufland is also one of the most important taxpayers in Romania, covering taxes of over 615 million RON (in the calendar year).

The year 2019 also brought an important sustainability certification for Kaufland Romania. For the second consecutive year, the company was named “The most sustainable company in Romania“, following the publication of the results of the only and most complex study – Romanian CSR Index – which analyzes the level of involvement of companies in environmental policies, but also from an economical and social point of view.

#ESS2020 | Valer Hancas (Kaufland): The concept of single use plastic should disappear...

re:Focus on Retail and Logistics | Loredana Samoila (Kaufland Romania): Trying out “the...