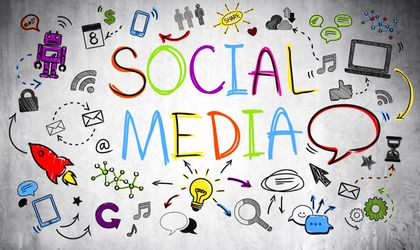 Starcom Romania launched InfluenceMe: A 360 Perspective on Romanian Influencers with the support of Global Records, revealing the way in which internet consumers interact with the influencers and the content they generate.

In Romania, 75 percent of the people using the internet recognize that they follow at least an online influencer. Facebook and YouTube are the most used daily platforms, with the biggest average time spent on a session. At the opposite corner are Google+, Pinterest, Tumblr, Snapchat and LinkedIn, platforms where the influencers are the least followed.

The study divides the online influencers in 3 categories: Professionals – people with expertize in a certain field. People like us – the influencers that have earned their audience in online by giving constant relevant information to a certain target, The Celebrities – people in showbiz (actors, singers, TV presenters).

The most appropriate social media platforms in campaigns with influencers. The gigantic platforms such as Facebook and YouTube prove to be the best in targeting, no matter the age. Instagram is useful in reaching the youngsters with ages between 18 and 24. Twitter is good for targeting the ages 30-39. Depending on the content, the marketing campaigns with influencers can reach the objectives also on blogs where the average audience is 25-39 years old or 45-49 years old. 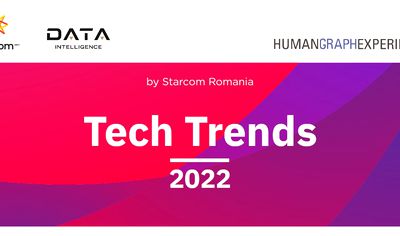 The Facebook users that are following influencers on this platform are representative, mostly, for the age segment 18-24. Their preferences are clear regarding the type of Facebook influencers: 63 percent of the respondents prefer the Professionals, while 50 percent of them are following, at the same time, Celebrities or People like us.

The Facebook users show more interest towards the post about gastronomy, lifestyle or house/garden/ DIY. The topics more diversified as any other platform and the content is posted under the shape of video, static images or articles /text.

Facebook is the best platform for the users’ interaction with the influencers’ content, 80 percent reacting to their posts. The people are following influencers on this channel especially in order to inspire and be informed. While it regards the type of preferred advertising, the biggest chances of memorability are offered by the video, the posts with product placement and presentation, followed by the articles with promotion purpose. In this regard, the Facebook advertising campaigns have the biggest chance to start a reaction among the audience in comparison with the other platforms.

The Instagram users that are following influencers have an average age of 18 to 39, with a strong concentration on the segment 18-29 years old. They are attracted firstly by the content posted by Celebrities. The users focus on subjects such as: fashion & beauty, personal care and lifestyle. In line with the general content on this platform, the users’ preferred way in which the influencers post content are the static images. More than half of them prefer also the video clips.

When it comes to the users’ interaction with the influencers’ content, the „Like” is the only and most spread shape of reaction. If they don’t appreciate the influencer’s post, the Romanian Internet users don’t take any other action besides seeing the post and reading it.

The study shows that 47 percent of the respondents prefer the advertising content of the influencers promoted as video in which the product appears as well. On the second place are the banners and the presentation videos.

Olga Juverdeanu, Global Records: This year we are focusing on Netherlands and Turkey