Immofinanz revenues from rental worth EUR 31.4 mln in Romania during May-December 2016 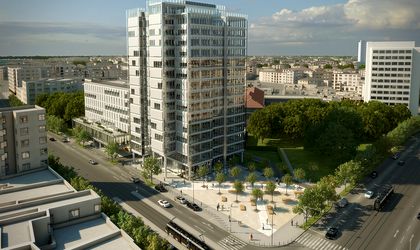 Austrian real estate player Immofinanz registered revenues from rents in value of EUR 31.4 million, in Romania, during May-December 2016 period, representing 20.1 percent from the overall rentals at the group level.

During May-December 2016, the group’s revenues from rentals were worth EUR 156.7 million in all the countries where it’s present, compared with the same financial period in 2015.

The Immofinanz properties in Romania represent 21.1 percent of the company’s total portfolio (excluding Russia), comprising 73 properties (17 standing investments, three developments, nine real estate inventories (apartments that are intended for sale after completion) and 44 pipeline projects with an overall value of EUR 843.2 million. The expected fair value after completion of the current Group’s development projects in Romania amounts to EUR 71.2 million. During the 2016  financial year, the occupancy rate of the Romanian portfolio increased significantly to 95.8 percent.

Immofinanz recorded net income from continuing operations, excluding Russia, of EUR 26.9 million in the abbreviated 2016 financial year. The major factors include increased maintenance costs for modernisation projects and the roll-out of the myhive and VIVO! brands, additional costs for the completion of residential buildings in Germany and the market-oriented valuation of CA Immobilien Anlagen AG at EUR -91.9 million. The non-cash effect from the valuation of this investment has already been offset in 2017 by an increase in the price of the CA Immo share.

Rental income (excluding Russia) amounted to EUR 156.7 million and represents an increase of 0.7 percent over the pro-forma period 2015A. The decline in rental income resulting from the sale of properties was offset by completions and new rentals.