Ikea to develop beyond classic stores in Romania, maintains plans to open stores in Brasov, Cluj and Timisoara 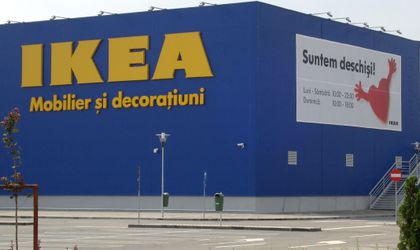 Swedish furniture retailer Ikea have plans to develop its business in Romania besides the classical stores and maintains plans to open its next stores in Timișoara, Braşov and Cluj, but  the construction depends on the available land and also by the support received from local authorities, Viviana Pavel, Real Estate and Development Manager IKEA South-East Europe, told Business Review.

Ikea currently has only one store in Romania, located in Bucharest’s Băneasa area, launched in 2007.

Last year, Ikea has started the construction of the second store in Romania, also located in Bucharest, which will be finished in the second half of 2018 following an investment of around EUR 86 million.

But the Swedish group have plans to expand its businesses in Romania.

“Finding the right plots in the Romanian cities part of our expansion plan is a priority for us. Until then, we have an increasingly popular online order service available to people all over Romania and we have plans to develop besides the classical stores, a multi-channel environment with new sales channels and formats supporting new consumer behaviours and trends,” Viviana Pavel said.

The group already announced plans to open three new stores in large urban areas outside the Capital city by 2020-2021, but didn’t give yet informations about the opening dates.

“As we previously mentioned, the following three cities where Ikea will open stores in Romania are: Timișoara, Braşov and Cluj, where the construction depends on the available land, and also by the support that Ikea will receive from authorities in the planning and permitting process. When we will have new concrete details, we will communicate them,” Ikea representative indicates.

Ikea Romania’s revenues increased by 14 percent in financial year 2017 ( September 1, 2016- August 31, 2017) and sales reached RON 586.6 million, without VAT. During this time, over 3.3 million people visited IKEA store in Romania and over 7.5 million sole visitors accessed its website, according to Ikea financial report.