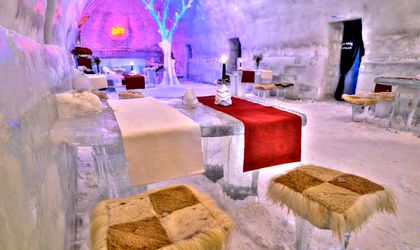 The Ice Hotel at Balea Lake will welcome tourists with 14 rooms and three igloos this year, decorated with characters from popular Hollywood as well as Romanian movies.

Near the hotel, after January 1, tourists will be able to sleep in three igloos, Smurf Igloo, Jungle by Ice and Jurasic Park, populated with dinosaurs and exotic animals. Temperature inside the hotel ranges from 2 degrees C to – 2 degrees.

The first Ice Hotel in Romania was built in 2005 and attracted 3,000 tourists in its first season.