Hungarian government to introduce “Stop Soros” law in May 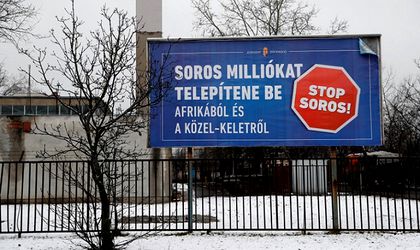 According to the spokesman of the Fidesz parliamentary group in Hungary, Jamos Halasz, the leading coalition, which has a two-third majority, intends to adopt the “Stop Soros” legislation, which aims to limit the activity of pro-immigration non-governmental organisations.

The parliament should take the necessary action this month, so that the legislative process is completed in May, said Halasz. “There is no doubt: it is a matter of sovereignty and national security,” he added.

Halasz also said that the Fidesz party did not expect to obtain such a large victory in the recent election: “We are delighted by the result. People have understood that this was a decisive election. We need to continue our fight against migration, but at the same time life goes on, and we will take action to ensure taxes will be lower, and salaries will grow.”