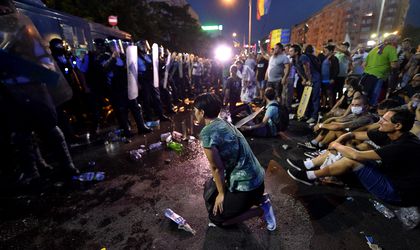 Press outlets around the world covered the protest that took place in Bucharest, Romania on August 10, dubbed the “Diaspora’s protest” as Romanians who live abroad travelled back to the country to protest the Dancila government and demand snap elections to take down the PSD-ALDE coalition, which has a strong majority in the Parliament.

Here’s how the protest and its motivations were seen major news organizations:

BBC: Romanian police clash with anti-government protesters – “The protesters demand the resignation of the government, objecting to the perceived efforts to weaken the judiciary by the governing Social Democrats (PSD), as well as low wages and entrenched corruption in the country.”

Euronews: Romania’s expats return home for anti-government protest in Bucharest – “The demonstrators, who called for the resignation of the Social Democrat Party-led government, were generally peaceful but some tried to break through a security line and tear gas was fired. It is the latest rally in a series of demonstrations that have plagued the government since they came to power two-and-a-half years ago.”

The Guardian: Hundreds injured in Romania protests as emigrants return to fight corruption – “As the protest continued well into the night, riot police used a water cannon and increasingly sprayed tear gas into the crowd. Video footage posted on social media show police beating non-violent protesters holding their hands up.”

The New York Times: Violence Erupts as Tens of Thousands Protest Corruption in Romania – “An estimated 3 to 5 million Romanians are working and living abroad, the World Bank has said, up to a quarter of the European Union state’s population, ranging from day laborers to doctors. They sent home just under $5 billion last year, a lifeline for rural communities in one of the EU’s least developed countries.”

The Telegraph: Romanian police tear gas anti-corruption protesters as expats return home to voice anger – “Last month Romanian President Klaus Iohannis sacked top anti-graft prosecutor Laura Codruta Kovesi, who was considered a symbol of the fight against graft in one of the EU’s most corruption-plagued members.”