How did ELI-NP recruit experts for the Magurele-based laser project? Exclusive interview with Nicolae Zamfir 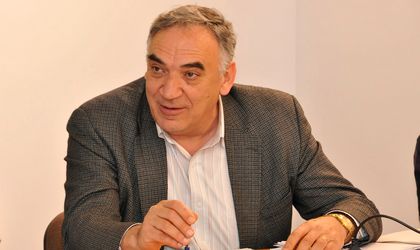 While expected to produce groundbreaking research across a wide range of fields, the Extreme Light Infrastructure-Nuclear Physics (ELI-NP) project based in Magurele has not yet benefited from the Romanian authorities’ support in developing the infrastructure around it. Prof. Dr. Nicolae-Victor Zamfir (pictured), director of ELI-NP, tells BR about the current stage of implementation of the around EUR 300 million cross-border project that will host the most powerful lasers in the world.

In February, the EC approved the second stage of the ELI-NP implementation. What does it include?

The project started in January 2013 and will be completed in December 2018. It was conceived as a “bridge” project, which was going to be financed from structural funds in two cycles. As of 2016, the project must be financed from EU funds within the new financing cycle; therefore it was necessary to have EC approval for stage two of the implementation. In this stage, the construction of large-span equipment will be completed – the high-power laser system and the high-intensity gamma system. The experimental arrangements will be carried out and started.

What is the stage of the infrastructure works that should connect the facility to key communication points?

Although there have been a whole series of discussions, no project for the improvement of the infrastructure has been started – except some works carried out in Magurele by the town’s city hall. The access both in Bucharest and on the ring road is poor. The lack of involvement of decision makers in solving the infrastructure issue could damage the most important research project in Romania, but also the development of the area where we are active. The existence and activity of the ELI-NP project creates the premises for an international Scientific Park close to Bucharest. However, if basic elements are missing from this equation, such as roads without potholes or that are not flanked by piles of garbage, there is a high probability this will not happen. We hope that local and central authorities will be quick to react and will make fixing this situation a priority.

What investments have been made in the ELI-NP so far?

The first stage included the completion of the largest part of the civil construction, the components of the first 10PW laser in the world and the first part of the linear electron accelerator, which is part of the gamma system. These components were made by the Thales group, which is supplying the laser, and the EuroGamma consortium, which includes research institutes and high-tech companies from eight European countries.

How many people are working on the project and what type of specialists do you need?

At the moment, over 120 specialists are working on the implementation of the project from the management, administrative and research perspective. The more than 100 researchers were hired following an extensive selection process. The various positions available, from senior researchers to research assistants, from technicians to engineers, are advertised all over the world and we have received hundreds of applications. After looking at the applications and conducting the interviews, we selected Romanian specialists returning from countries where they had worked in last-generation labs or research facilities, but also foreign experts from France, Italy, Great Britain, Germany, Spain, Bulgaria, Turkey, China, India, the United States, Canada and Japan. The selection is ongoing and it is an extremely rigorous process using top performance criteria. At the same time, we are constantly focused on the new generations of physicists from Romanian universities, and not only. Recently, we launched an internship program in which students in their final year, or doing their master’s, have the opportunity to undertake a research internship at the ELI-NP. We thus offer students the chance to work with a first-rank multinational team in the field of lasers, as well as to be hired after graduation.

What are the next medium-term steps to complete the project?

The next steps are: the  completion of the buildings that will house the equipment and testing all the necessary parameters so that this equipment will work; the installation of the above mentioned systems; implementing all the experimental arrangements; and the completion of the ELI-NP team.
What needs to be emphasized is that scientific preparation for future experiments is a major and defining component in the activity of ELI-NP scientists. To this end, they start collaborations with labs and research institutes and universities all over the world, where they carry out experiments on systems that come close to the standards that will be implemented at ELI. One very important step in preparing for the moment when the project becomes operational was the draft of the Technical Design Report, the projects for the experimental arrangements, which was approved in 2015 by the international scientific community, and later by the International Scientific Advisory Board.

When will the laser become operational and what research will take place after that?

The laser system will become operational in 2018. The planned experiments target the study of the interaction between laser and matter, the nuclear reactions induced by photons and a whole series of applied research. Since this is a research infrastructure at unique parameters that is using new and high-performance tools, it is very likely that we will witness the discovery of totally new phenomena, some of them only suspected of existing in the universe.

Of course, there will be several main directions of exploration, such as the interaction between intense laser beams and matter, the study of photonuclear reactions (the nuclear reactions produced by photons via a gamma beam), the possibility to create matter out of a void with the help of intense radiation fields and so on.

What collaborations do you have with other research institutes or companies?

At the moment, we have collaborations with 14 research institutes and universities in Romania and 35 abroad. In practice we collaborate closely with all those who have expertise and interest in implementing the project and then using the new ELI-NP international research center. The collaboration with US institutions on nuclear topics, I am sure, will be developed at the same time as the ELI-NP. In fact, there are numerous and varied fields where the results of our research can be used. In medicine, it will be possible to produce new radio isotopes for diagnosing and treating various illnesses, especially cancer, which are more accessible and at much lower costs. There will be applications in the field of nuclear security regarding the management of sensitive nuclear materials and subjecting the materials to an intense radiation field for space missions. Another important mission for scientists will be to use the laser in the construction of particle accelerators, but also other fields with a high impact on the development of important technologies.
We are also very focused on developing relations with the economic environment and high-tech industries. This is why we have created an emerging cluster called Magurele High Tech Cluster, which already gathers over 50 SMEs involved in developing high-tech products, with which we wish to have a permanent dialogue in order to foster the best means of collaboration between researchers and producers.