Hornbach has invested EUR 148.3 million in Romania over the past 5 years 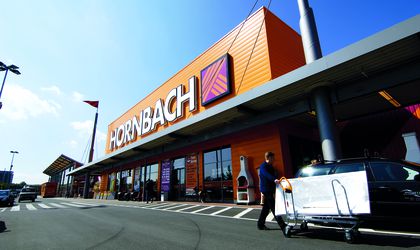 Since entering the Romanian market five years ago, German DIY retailer Hornbach has invested EUR 145 million in opening five stores and its local headquarters, and another EUR 3.3 million in employee training programs, according to company representatives.

Hornbach has recently announced that it has begun work on its fifth local store which should be opened this summer in Timisoara. The outlet will have a sales surface of 22,500 sqm and requires a EUR 30 million investment.

Horbanch says it has managed to increase its business in 2011 against the previous year, despite the fact that the local market remains very competitive. The company posted a turnover of about EUR 71 million in 2010, according to data from the Ministry of Finance.