Hip Trip Festival kicks off: Let’s travel the world inside the cinema 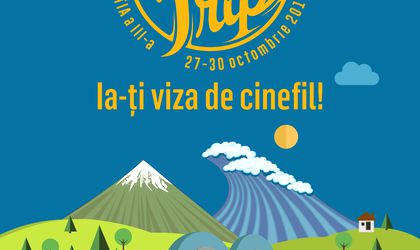 Over 20 international movies were included in the selection of HipTrip Travel Film Festival this year. Now on its third edition, the festival continues its mission to inspire and encourage viewers to transform from tourists into travellers and explorers. The festival runs from October 27 to October 30 at Cinema Eforie and Cinema Union.

The third edition of Travel HipTrip Film Festival begins this evening at 19.00 at the Cinema Eforie with El Clasico, Iraq’s proposal for Oscars 2017 and the projection of the film will take place in presence of the director Mustafa Halkawt.

The festival has four sections:

Focus: On the Road – section dedicated to road-movie genre film, comprising seven films from countries such as Norway, Iraq, Argentina, Netherlands, Qatar, France, Germany, China, Brazil. L’Avenir / Things to Come, winner of the Silver Bear at Berlinale, the docu-drama Paths of the Soul, selected and awarded at festivals around the world, Latitudes, selected at Locarno International Film Festival and This Summer Feeling, which was on the selection of the International Film Festival Rotterdam. Explorers is a section that aims to inspire and encourage viewers to transform the dreamers in travel. The “explorers” bring to Bucharest eight challenging films, including: Standing on Wather, an award-winning documentary from Llanberis Mountain Film Festival, which will run in the presence of directors and Kristoffer Hegnsvad Peter Alsted. British director Leon McCarron returns to HipTrip with a new extreme travel experience, The Last Explorers on the Rio Santa Cruz. Also, two documentaries by French filmmaker Marianne Chaud Himalaya, Land of Women (a film about sking, one of the most isolated village in the region of Zanskar, at over 4,000 meters altitude) and Nomadic Nights, a film that takes us away land Ladakh, will be screened during the festival. Social Trip section brings to Bucharest movies about the urban adventures among which the Macedonian documentary STUDaNTS about students from southeast Europe who leave their homes to find something better in the United States and Urban Escape, a trip to parties abandoned America, from New York to San Francisco.

HipKids is a section dedicated to parents and children, which includes animated shorts and a movie-event Brothers / BRODR – a documentary that follows Markus and Lukas Holm along their entire childhood, alternating periods spent at home and at school with holidays.

Tickets cost RON 13 for one movie or RON 75 for a movie pass and can be bought from www.eventbook.ro