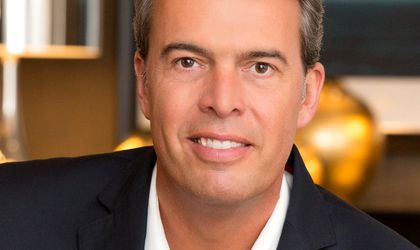 Hilton announced today that Jochem-Jan Sleiffer has been appointed as senior vice president of operations, Full-Service Hotels, Continental Europe. In this role Sleiffer is responsible for 51 Full-Service hotels (as part of the Hilton, DoubleTree by Hilton and Curio–A Collection by Hilton brands), with a further 13 properties under development. He now oversees operations as far and wide as the recently opened, multi award-winning Hilton Amsterdam Schiphol Airport and Hilton Batumi, located on Georgia’s Black Sea Coast.

Sleiffer joined Hilton in 1990 in his native Netherlands at Hilton Amsterdam and has successfully held a number of operational roles across Europe since then. His Hilton career has included leadership positions in Brussels, London, Paris and Athens – most recently as Vice President, Operations, Northern, Central & Eastern Europe. In recent years he has overseen a period of rapid growth, with landmark openings including Waldorf Astoria Berlin, DoubleTree by Hilton Wroclaw and Estonia’s first Hilton branded property, Hilton Tallinn Park.

Executive vice president & president, Europe, Middle East & Africa, Hilton, Simon Vincent OBE, said: “Jochem-Jan’s contribution has been important to our success across the region. During his 26 year career with Hilton he has consistently delivered great results, fueled by his energy, enthusiasm and hospitality expertise. With his sharp focus on owner returns, innovation and leading strong teams, I am sure he will make a significant impact in his new position overseeing Continental Europe.”

“I am excited to take up my new position and work together with our teams across Continental Europe to create extraordinary experiences for our guests, meaningful career opportunities for Team Members, to maximise returns for our owners and have a positive impact in our communities. I intend to renew my focus on continually improving performance, enhancing guest service innovation in today’s digital world and supporting the continued growth of our pipeline in Continental Europe. I also look forward to returning to work with the team in the Netherlands, where my career with Hilton began 26 years ago, ” said Slieffer.

Sleiffer has developed a reputation for promoting innovation and sharing best practice across the organization. One of his key priorities is to promote a diverse workforce, and in particular to increase the number of women in leadership positions. He has also taken a leading role in advancing Hilton’s involvement in youth events and training programs, demonstrating his passion for providing skills, work experience and career opportunities to young people.