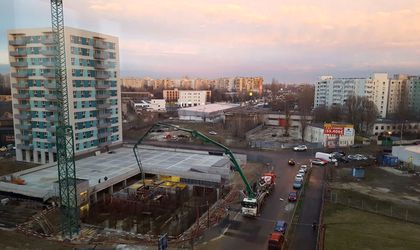 Hercesa group, present in Romania since 2004, sold 98 percent of the first block of flats from the third phase of Vivenda Residencias and will start works on the second building, which will comprise 56 apartments, mostly with three and four rooms. Vivvenda Residencias will be finished in April.

The second flat is already pre-contracted for 50 percent and Hercesa intends to pre-sell the third block of flats from this development stage, which will have a mix of two and  three-room apartments. The first two phases of the residential property that has 420 apartments are all sold.

The second flat from the third phase of development of the residential complex Vivenda Residencias comprises apartments of three and four rooms, at EUR 98,600, VAT of 5 percent included with the depositing lodge.

Overall the third phase of the Vivenda Residencias will comprise 4 flats with 244 apartments and will imply an investment of EUR 18 million.

„Last year we decided that the second block of flats from the third phase of development of Vivenda Residencias will comprise mostly three and four room- apartments, because there’s a high demand. The seven apartments from this flat were sold rapidly. We also saw during the pre- sale process of the third phase that there’s a demand for four room-apartments, but in some price and quality conditions. Our decision of constructing the 4-room apartments was a success, over 50 percent of the apartments being pre-contracted before starting the construction,” said Cristina Bujoreanu, spokesperson of Hercesa.

The profile of clients of Vivenda are families or young couples who want children, aged between 25-45 years.

Hercesa offers a prepayment services possibility, under the direct down payment form.

The complex has underground and ground parking lots.