Head of CNAIR: 3 km of highway A3 in Petricani area will be functional at the end of the year 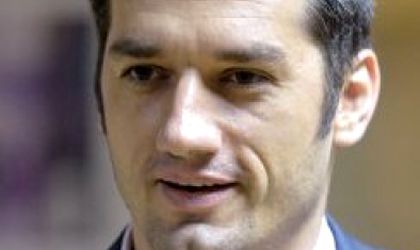 The construction works for the 3 km of highway A3 Bucharest-Ploiesti, in Petricani area, are developing according to the execution program and will be finished at the end of the year, if the weather won’t be very bad in the next  period, said on Tuesday the head of the National Administration Company of Road Infrastructure (CNAIR), Catalin Homor, according to Agerpres.

„It’s a building yard that I unblocked and it was at the beginning of this year. We commited that until the end of the year we’ll open the traffic on these 3 km if the weather won’t be very bad, meaning rain that lasts for weeks,” said Homor.

„There will be an unload on Popasului street. Probably it will be a weight restriction here. It won’t have an emergency band, because there are intersection legs that unload,” added Homor.

He also added that the highway won’t stop at Popasului street, but it will continue up to Petricani highway and the final works have the contract term on November 2017.

„On Bucharest area we have building authorization, including on the sector that is currently under construction. We lack the authorization on approximately 1.3 km on Voluntari area. We estimate that until the end of this year we’ll get the authorization for this sector also. From here until Petricani highway we have around 2.5 km. The estimation of the contract is the end of the next year, in November ” concluded Homor.