Halep spends more time as WTA No 1 than Sharapova, Clijsters 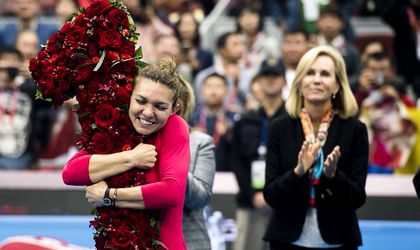 The Romanian player became No. 1 in October 2017, when she defeated her Roland Garros conqueror Jelena Ostapenko 6-2, 6-4 in the semifinals of the China Open, the last Premier Mandatory tournament of the year.

The Romanian again climbed to the top of the WTA ranking on February 26. She has held the position since, exceeding the time spent as WTA No.1 by Kim Clijsters and Maria Sharapova.

The Romanian is still looking for her maiden Grand Slam title, and will look to lift the trophy at Roland Garros, the French Open, starting at the end of May. A clay specialist, she has made it to the final twice, but she lost to Russia’s Maria Sharapova in 2014 and to Latvian teenager Jelena Ostapenko in 2017.