Groupama revenues down 11 percent in 2013 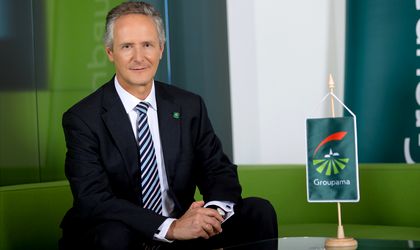 Groupama Romania underwrote premiums of RON 718 million in 2013, down 11 percent on the year, as it decided to reduce its exposure on the mandatory car insurance (RCA) segment, the company said Thursday.

The technical results improved 50 percent compared to 2012, based on higher profitability of classic products. An important factor for this result was CASCO’s increase in performance and the voluntary reduction of RCA exposure, combined with improving the net technical results for property insurance”, according to the company’s press release.

The main insurance products that registered an increase in revenue were property and goods insurance, transport, health and accidents.

“2013 was a transition year for Groupama Insurance and the last year where we registered losses. We’ve significantly improved profitability for the basic products and further developed our Casco and property lines in a faster rhythm than the market average. (…) Our strategic objective for 2014, reaching sustainable profitability, is confirmed for Q4, which will be profitable for Groupama in terms of results”, according to Francois Coste, general manager Groupama Insurance.

Euroins and VouchForMe launch a CASCO insurance with a deductible franchise