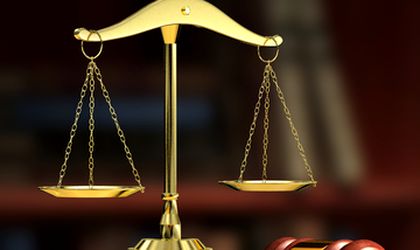 The Group of State against Corruption of the Council of Europe (GRECO) expresses serious concern about certain aspects of the laws on the status of judges and prosecutors, on the judicial organisation and on the Superior Council of Magistracy (CSM) recently adopted by Parliament as well as on draft amendments to the criminal legislation, in a report on Romania published on Wednesday.

The group warned Romania that Criminal Procedure Code amendments could affect mutual legal assistance with other countries and justice system’s capacity to deal with serious forms of crime, including corruption.

“The intended amendments to the Criminal Procedure Code discussed by the special parliamentary joint committee in relation to the EU Directive on the presumption of innocence, reportedly go beyond the purposes of the said Directive. These proposed amendments are raising serious concerns both domestically and among other countries for their potential negative impact on mutual legal assistance and the capacity of the criminal justice system to
deal with serious forms of crime, including corruption-related offences,” the report said.

According to GRECO report, drafters intend to excessively restrict the conditions for the application of covert investigative techniques and the use of evidence gathered through them.

The amendments allow suspects to be informed from the outset about such measures and give them the possibility to participate in the hearings of all witnesses and their alleged victims.

GRECO also refers to three draft laws registered by the Senate on 21 December 2017 that carry amendments to the Criminal Code and to the Criminal Procedure Code, which – if adopted – “would clearly contradict some of Romania’s international commitments including in relation to the Council of Europe’s Criminal Law Convention on Corruption.”

“Another attempt is made at amending the offence of abuse of office in a way which would decriminalise completely all acts committed in relation to a damage of up to EUR 200,000 (in a country where the average monthly wages are in the range of EUR 600 to EUR 800),” GRECO noted.

The group points out that Romania should refrain from passing criminal law amendments which would contradict its international commitments and undermine its domestic capacities in the area of the fight against corruption.

GRECO reiterates two recommendations addressed to Romania in the Fourth Evaluation Round report, which have not been implemented to date.

The first recommendation asks Romania to improve the transparency of the legislative process “by further developing the rules on public debates, consultations and hearings”, “by assessing the practice followed and accordingly revising the rules to ensure that draft legislation” and “by taking appropriate measures so that the urgent procedure is applied as an exception in a limited number of circumstances.”

The second recommendation indicates that the procedure for the appointment and revocation for the most senior prosecutorial functions other than the Prosecutor General “include a process that is both transparent and based on objective criteria, and that the Supreme Council of Magistracy is given a stronger role in this procedure.”

In addition, GRECO addresses to Romania other recommendations, especially ” that the creation of the new special prosecutor’s section for the investigation of offences in the judiciary be abandoned.”

The group asks Romania to present an update on the state of the proposed reforms at its next plenary meeting (18-22 June 2018) and to refrain from passing further criminal law amendments which could undermine its anti-corruption capacities, the report says.