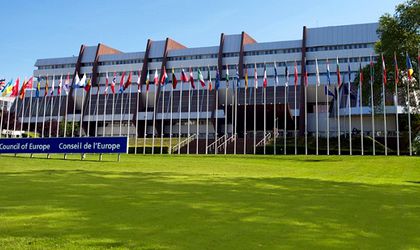 The Council of Europe’s anti-corruption body (GRECO) has published a report today where it concludes that Romania has made very limited progress to implement its recommendations to prevent and combat corruption in respect of members of parliament, judges and prosecutors.

The report notes that the main initiative taken in Romania with regard to MPs is the adoption of a code of conduct in October 2017, aiming to regulate gifts and other benefits, and the management of conflicts of interest.

Despite this positive development, GRECO points out that the broad wording of the code and inconsistent rules for its enforcement prevent it from providing a fully satisfactory framework.

GRECO finds that Romania has not yet given proper consideration to improving the National Integrity Agency’s performance in controlling MP’s declarations of assets and interests, although its working methods and data processing capabilities have been improved.

The legislative process remains an area of particular concern for GRECO given the persisting controversies and allegations of improper consultation, the excessive use of the expedited procedure, and the lack of transparency.

Regarding reforms for judges and prosecutors, GRECO observes the same limited decisive action. Measures to make the justice system more responsive to integrity risks are at an early stage. GRECO stresses that the Supreme Council of Magistracy (SCM) and the Judicial Inspectorate should play a more active role in terms of analysis, information and advice. Measures are also needed to reinforce the role and effectiveness of those performing managerial functions at courts and prosecution services.

GRECO also regrets the absence of tangible action to ensure that the appointment and revocation for the most senior prosecutorial functions are based on a transparent process based on objective criteria, and stresses the need for the SCM to play a stronger role in this procedure.

2017 was market by a number of proposals and counterproposals concerning appointments, the disciplinary procedure and other aspects, some of which were perceived as an attempt to undermine the independence of the judiciary.

The report was adopted on December 8 2017 during a plenary meeting in which Greco also decided to carry out an ad hoc urgent evaluation of three draft laws concerning the judiciary registered for adoption by parliament on October 31 using the expedited procedure.

GRECO was not able to assess this draft legislation in the report published today because of its recent drafting. The ad hoc report currently in preparation will be discussed and eventually adopted by GRECO at its 19-23 March plenary meeting.