GovITHub community stops collaborating with Grindeanu Gov’t, outraged by the adoption of amendments to Criminal Code 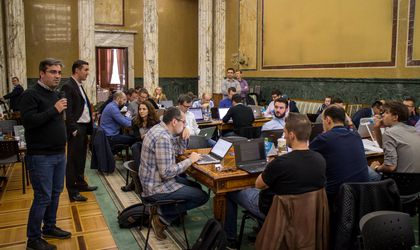 The GovITHub community, created after a call by former PM Dacian Ciolos, announced it is stopping its collaboration with the Grindeanu Government, after the executive adopted the amendments to Criminal Code and Criminal Procedure Code on decriminalizing abuse of office. The team behind the project said they refuse to continue their activity under the coordination of the current government and of its team of ministers.

The project was created by the Ciolos government in 2016 to carry out national digitalization projects that, otherwise, would have costed millions of euros. The purpose of the project was to involve IT specialists from the private sector that want to contribute actively to the digitalization of public institutions and to improving the relation between citizens and the state.

The principles that govern the activity of GovITHub are based on transparency, civic involvement and an open collaboration system with the civil society that made it possible in just 4 months of activity to develop projects with nationwide impact, that in other conditions would have costed the Romanian state over EUR 1 million, GovITHub representatives said in a statement.

In this context, the decisions of the current government, taken the night of 31 January/1 February 2017, as well as the way in which they were adopted, breach both the principles that set the base of this program, as well as the personal values shared by the group’s members, the statement reads. By means of this official position we express our concern for the dangerous direction Romania is heading towards and warn that democratic values must be safeguarded.