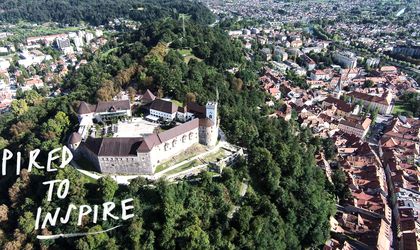 Golden Drum Festival and the City of Ljubljana invite young creatives under the age of 30 to participate in the Ljubljana Poster Award Contest for the best and most creative poster. The contest theme is: The city of Ljubljana is Green For You. Get active, get fit!

The author of the best poster will be awarded EUR 3,000 by the City of Ljubljana, while Golden Drum will enable the winner to attend the 2017 Golden Drum Festival by covering the full amount of one participation fee. The authors of the second- and third-placed posters will be awarded one full participation fee for the 2017 Golden Drum Festival. All applications should be submitted between August 22 2016 and  September 15 2016. The jury of the Off Drum Ljubljana Poster Award Contest will be announced in the following days.

Ljubljana is the City of Sports

The number of sports enthusiasts in Ljubljana increases every year, as participation in sports and recreation events, such as the Ljubljana Marathon, the March along the Barbed Wire, the Three Member Team Run and the Franja Marathon, grows rapidly. With its new sports facilities, Ljubljana is becoming increasingly recognisable in the international environment as well. It hosted huge sports events, such as the European Basketball Championship EuroBasket (2013), World Junior Judo Championship, Canoe Slalom World Championship and the Amateur Road World Championship (2014).

Ljubljana boasts numerous sports facilities and sites. In 2010, UEFA ranked the Stožice football stadium among one of the three most beautiful stadiums in Europe. In 2013, the new House of Sports was opened at Breg (Hiša športa na Bregu), while in 2015 the oldest city swimming pool, Kolezija, was completely renovated. That year saw the opening of the modern Ljubljana Gymnastics Centre, too. The City of Ljubljana actively contributes to the physical education of pre-school and school-aged children, high school students, students and adults with its annual sports programmes. The residents of Ljubljana are encouraged to spend their free time actively by being offered new recreational and green areas. Newly established trim trails, outdoor fitness and trim islands evoked a lot of enthusiasm from all generations and are already well visited 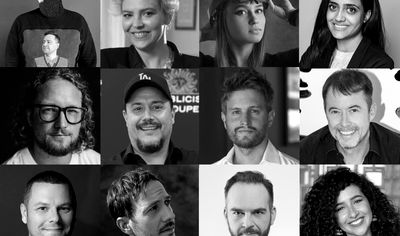 Young creatives are required to create a poster representing Ljubljana as a city of sports in numerous green areas. The aim of the poster is to encourage the residents and visitors of Ljubljana to take part in sport activities in nature, as Ljubljana has plenty of green surfaces, i.e. more than 542 m2 per resident. It also has 90 hectares of new green surfaces, created from previously degraded areas. In its communication, the city wants to focus on jogging, hiking, cycling, trim trails, outdoor fitness, rowing, stand-up paddling, swimming, urban sports, golf, tennis, beach volleyball, basketball and football. The design of the poster should allow a series of posters to be created and should be applied to all the required communication channels (digital media, printed advertisements, etc.)

More about the contest here.