GfK: Around 40 pct of the Romanian companies are considering the adoption of electronic meal tickets system 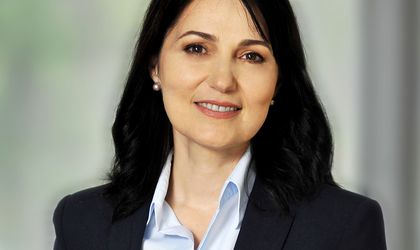 According to a customer satisfaction study conducted by Up Romania through the market research institute GfK, 55 percent of the companies from Romania know well and very well the implementing conditions of the electronic meal tickets system.

According to the data, approximately 40 percent of the Romanian companies are considering the adoption of another system. In the top of the benefits for employers as a result of the electronic meal tickets system, there are the simple and fast filling of the cards on the online orders platform (50 percent), logistic facilities, such a sole order of cards at four years (40 percent), the financial advantages resulted from lack o employer’s and salaries taxes (38 percent).

On the other hand, 40 percent of the employees appreciate most the possibility of ratio usage from the meal ticket value, 37 percent the speed of payment execution because of the contactless technology and 29 percent the income predictability for the food costs.

“In my opinion, one thing is accepted by everybody: no matter the base used, the meal tickets are a benefit that help to the employees’ motivation and individual and collective performance. Both systems, paper and electronic, are simple to manage and the companies that we are working with are convinced that they can find a support in us to offer both motivation solutions for employees, but also consultancy, “ said Elena Pap, the general director of GfK.

The electronic meal tickets have the same fiscal facilities as the paper ones, respectively the exemption from the social-salary taxes, deduction from the payment of profit contribution and an employer’s cost with approximately 40 percent lower, in comparison with the same amount in cash.