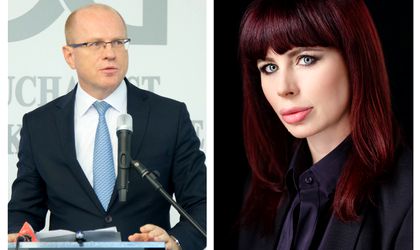 With daily equity trading on the Bucharest Stock Exchange (BVB) at EUR 7.3 million in the first nine months of the year, up 2 percent on last year, the BVB has this year rolled out a series of initiatives designed to attract more retail investors to the market and is currently preparing a new program to convince more local firms to list on the stock exchange.

With no listing of a large state-owned company in more than two years, the executive team of the BVB has focused on bringing SMEs onto a special market called AeRo. Some of the firms present here have already sold bonds. For instance, Romanian IT training company Bittnet raised RON 4.18 million by selling three-year maturity bonds at a fixed interest rate of 9 percent per year this summer.

“For the last three years and especially since the launch of AeRO in ‎February 2015, a number of companies have debuted on this market, either introducing shares or bonds to trading. We are advocating solutions in the fiscal area that are intended to ensure fundraising through the market is treated equally to financing from banks, and incentives for individual investors,” Ludwik Sobolewski, CEO of the BVB, told BR.

The head of the BVB added that after three years of reforms, the Romanian capital market is more accessible to foreign investors in the technical sense – for instance, through the procedure for securities accounts opening.

“Foreign investors are very sensitive to corporate governance issues. In that matter, the BVB introduced a new, fully modern Code of Corporate Governance for the listed companies, together with a new system of compliance. Consequently, FTSE, one of the most renowned institutions classifying markets, and relying for that on the feedback from international investors and intermediaries, put Romania on the so-called Emerging Market Watch list,” added the executive.

Miruna Suciu, managing partner at law firm Suciu Popa, says that Romania could have gotten more state-owned companies to launch initial public offerings in the past two years, claiming, “Such an initiative would be very well received, given the sound economic fundamentals of Romania and the volume of contributions received by private pension funds.”

“Of course, the transition from a frontier market to emerging market status depends on the value of transactions, the size of the companies listed on the Bucharest Stock Exchange, as well as on the access of institutional investors with large available funds to the Romanian capital market, and Hidroelectrica’s announced listing, as well as the sale of the minority package in OMV Petrom by Fondul Proprietatea, may be decisive for the Bucharest Stock Exchange,” Suciu told BR.

She suggested that state-owned salt producer Salrom and national post operator Posta Romana could be among the viable candidates for listing by the end of 2017.

The government approved in October a memorandum in which the sale of minority stakes in state-owned companies deemed strategic was announced. The operators of the airports and ports in Romania are on this list, alongside rail freight player CFR Marfa.

The IPO of Hidroelectrica should happen in around six months, according to a recent estimate by the minister of energy, Victor Grigorescu.