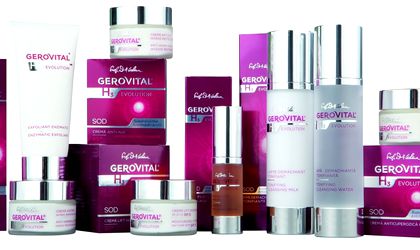 Gerovital is the strongest Romanian brand this year, according to a study made by Unlock Market Research for the seventh BrandRO event that was organized by Biz magazine. The brand is owned by the Cluj-based producer of cosmetics Farmec. Gerovital climbed four position compared to last year.

On the second place is Borsec that succeeded in keeping the position earned in last year’s top. The two brands are followed by Dero, Farmec, Elmiplant, Arctic, eMAG, Poiana, Napolact and Dorna.

“What have Romanians learned and changed in the last years? And what are the novelties in the area of the Romanian brands? They’ve learnt to live fast, to appreciate the diversity, the simple things and to look for the authenticity, the real emotion and the truth. If until now we were talking about the Romanian way (the tendency of reevaluating the Romanian style), now we talk about a trend of modernism and Romanian avangarde. The people started to actively support everything that is Romanian, to believe again in the national value and to promote Romania,” said Adina Vlad, managing partner at Unlock Market Research.

The study is based on 1,000 online interviews and is representative for cities, at level of region for sex and age population division (between 18 and 35 years old). The Romanian brand’s performance is measured based on four indicators: the emotional investment in the brand, the power of the brand, the degree of usiage and its awareness. A brand’s importance for the consumer was measured with the help of the MaxDiff (Maximum Differentiation Scaling) technology.