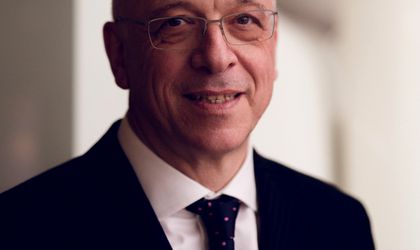 German Ambassador to Romania Cord Meier-Klodt called for the continuation of the anti-corruption fight and for the consolidation of the rule of law in Romania during his first meeting with the Romanian press.

„Both elements represent strong factors always considred by possible investors in decision making, when choosing an investment destination,” Meier-Klodt said. He called for Romania to continue the course of reforms and to continue to step on the successful path is started, years ago, and to make its achivements irreversible.

“The Federal Government has been supporting this aspect for a long time, at the highest level: Ms. Chancellor Merkel, as well as Federal President Glauck, during their 2016 visit to Romania stressed this very clearly in talks with President Iohannis, the Government, representatives of the judiciary and of the civil society, expressing their respect for the progress made by Romania in the past years.”

The German diplomat said he will go back to this message during meetings he is planning ahead with representatives of the Grindeanu Government. He also commented on president Iohannis’ plans to call a referendum on the topic of amnesty and the amendment of the Penal Code, by saying there needs to be “an open and transparent” dialogue between experts and the Parliament to find “ways to participate” for all partners involved.

The German Ambassador also said that Germany is ready to intensify bilateral collaboration with Romania, especially as this year there will be the anniversary of 25 years since the Romanian-German friendship treaty was signed and 50 years since the two countries established diplomatic relations.

In a press release sent out last week, the Romanian – German Chamber of Commerce said that bilateral economic relations between the two countries thrived in 2016, spurred by legal stability.

The comments of the German diplomat come on the back of political tensions generated by the draft pardon bill and the proposed changes to the Penal code. Romanian president Klaus Iohannis has initiated a referendum on the country’s ongoing anti-corruption efforts.