Gendarmerie on last night’s protest: “Our actions were eminently defensive, a proportionate response to protesters’ behaviour” 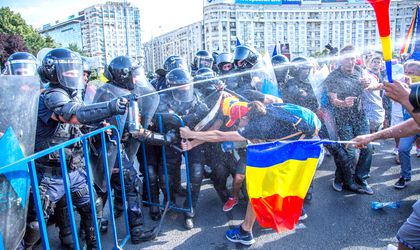 The Romanian Gendarmerie is holding a press conference this morning following the violent clashes between officers and protesters during last night’s protest in Bucharest, where around 100,000 people gathered to chant against the PSD-ALDE coalition and the Dancila government.

The main statements made by gendarmes: