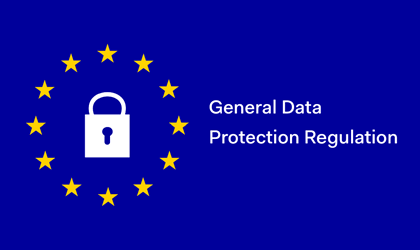 GDPR, the general data protection regulation came into effect this morning and we can say that it is the start of a chaotic period in which both providers and users will be looking for ways to keep in touch. About 8 percent of companies are optimistic about GDPR’s effect, while in Romania the percentage is at 19, according to the new European Report on Payments made by Intrum, 2018 edition.

Also 23 percent of Romanian companies surveyed say that GDPR will not impact business, 10 percent of them are pessimistic and predict a negative impact, and 20 percent of companies say they have not heard of GDPR so far.

GDPR was designed by the European Union and its implementation is mandatory for all companies managing personal data of EU citizens. All companies are required to implement GDPR policies by May 25, 2018 at the latest. The SMEs and corporations in Romania expect serious GDPR influence but, as we can see from the study, they are not entirely negative about it. Instead, the average cost of implementing GDPR norms across Europe’s SMEs is estimated at EUR 8,000, and within corporations it even reaches EUR 65,000. Throughout the European Union, the cost of all companies for GDPR implementation reaches EUR 198 billion.

These data were extracted from the European Payments Report, held in Romania but also in 28 other European countries and whose conclusions will be on May 29, 2018.

Through this report, Intrum has aggregated responses from 9,608 companies in Europe and 360 companies from Romania. The questions in the study responded to people in senior management positions such as financial manager or general manager.

Top 3 European countries have more GDPR data breaches than the other member...