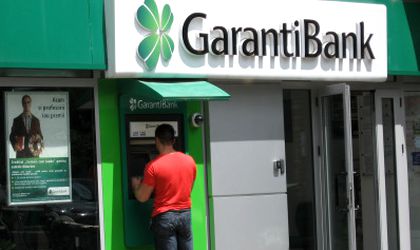 With a local client base of 450,000, Garanti Bank has registered a 70 percent increase in assets in 2010, compared to 2009, reaching slightly over EUR 1.4 billion. The total value of loans reached EUR 786 million in 2010, 45 percent over the 2009 value. In 2011, the bank aims to reach EUR 5 million profit in 2011, stated Murat Atay, general manager of the Garanti Group. Loans and retail banking are part of this year’s strategy, as the bank hopes to extend its credit card portfolio by over 50 percent.

At the press conference, Atay spoke about the local branch’s plans for the Romanian market: “We will continue to invest in developing operations in Romania and, at the same time, to maintain our initial plan of becoming profitable this year and of ranking in the top ten banks on what concerns assets in the near future. Outside profitability, the bank also aims to increase loans by 30 percent in 2011, develop the level of assets by 20 percent and increase deposits by 25 percent. Moreover, we intend to develop our credit card portfolio by over 50 percent, going beyond 115,000 credit cards.”

Garanti Bank representatives continued, stating that this year, the bank will focus on retail banking and SMEs. Loans, deposits and transactional banking are the bank’s main points of focus in Romania and its strategy is to focus on competition and drawing already existing clients, rather than attracting new ones on a market that still finds itself in recession.

Another Garanti Bank representative also present at the press conference, Burak Yildiran, deputy general manager, stated that locally, the bank aims to reach 100 agencies in the future, this level being regarded as sufficient so as to cover the Romanian “bankable” population.

Virginia Otel, HR manager at Garanti Bank, stated that the bank currently has 1300 employees. Of these, 150 were recruited in the last half of year, due to the bank’s development and territorial extension. No layoffs were made on account of the crisis, declared Otel. However, new employments are not expected for the first half of 2011.

The Garanti Group has recently finalized its integration and rebranding process in which were involved three of the financial non-banking institutions that functioned last year under the GE Money brand.