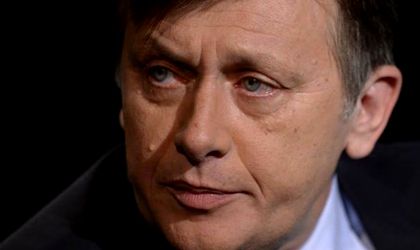 The former Liberal Party leader and Senate speaker Crin Antonescu has submitted his candidacy for a seat in the European Parliament, according to current PNL head Ludovic Orban, Hotnews reports.

Antonescu was the President of the Romanian Senate between July 2012 and March 2014, and briefly took the role of acting President of Romania while Traian Basescu was suspended during the summer of 2012.

He was the leader of the Liberal Party for five years, and also PNL’s candidate for the 2009 presidential elections, when he came in third in the primary round. In 2014, he announced that he would withdraw from political life.