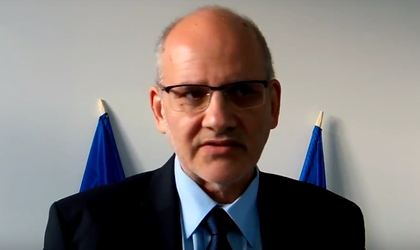 Narcis Neaga, the former manager of the state road company CNADNR between 2012 and 2015, was named at the head of the new state road investment company (CNIR), which will manage all the motorway projects in Romania. Neaga told Business Review that the new company will be fully operational within a month and will have up to 400 employees.

In 2016, the government decided to split the former CNADNR into two separate companies: CNAIR, a road maintenance company, and CNIR, dedicated to motorway projects management.

But since then only CNAIR became operational, while CNIR was never active.

“My first objective is to make the company functional until the end of April. We need some law changes in order to allow the company to function and to transfer personnel. In theory, the company should have up to 400 employees,” Neaga told Business Review.

Neaga had a long career within CNADNR and became general manager in 2012. His mandate was subject to criticism, especially for the opening of the Sibiu – Orăștie motorway section in November 2014, a few days before the presidential election. The motorway section needed emergency repair a few month later due to structural problems.

Neaga was named a board member in CNAIR a month ago, but some experts criticised government’s decision.

“From our point of view, the period when Narcis Neaga headed the National Company for Road Infrastructure Administration was the worst for the development of road infrastructure in Romania in recent years,” Pro Infrastructura NGO said on March 1, in a press release.

Romania currently has 748 km of motorway in use. The transport minister said Romania could open 60 km of new motorway this year.