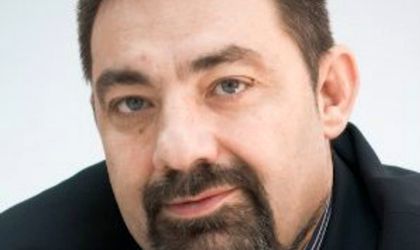 Mihut Craciun, the former director of CFR Marfa, the freight division of Romania’s state railway carrier, is investigated by the Directorate for Investigating Organised Crime and Terrorism (DIICOT) in a fraud case that caused an EUR 6 million loss to the state budget.

In the same case, the anti-corruption body is investigating 39 other people under allegations of creating an organized crime group, embezzlement and forgery.

The prosecutors are conducting 63 searches at the homes of suspects in Bucharest as well as in Timis, Caras-Severin, Hunedoara, Prahova, Mehedinti, Calarasi, Arad, Teleorman and Dambovita.

According to DIICOT prosecutors, in 2016 CFR Marfa employees created an organized criminal group that involved local and central decision makers with the purpose of undervaluing goods in the society’s portfolio during a purchase and sale operation of 2,450 carriages that were meant to be destroyed. The difference between the real value of the goods and that set by the criminal group through undervaluation went to SC Remat SA Calarasi.

The undervaluation is alleged to have taken place via the Bucharest Commodities Exchange, where CFR Marfa initiated an open tender for the sale of 2,450 carriages for the price of EUR 120/ton, given that the average market cost stood at EUR 218,90/ton. The share of the undervaluation stood between 82.42 percent and 46.56 percent.

Previously Mihut Craciun worked for Coca Cola, Red Bull and Kandia. Craciun was among the 21 suspects that were detained in this case.