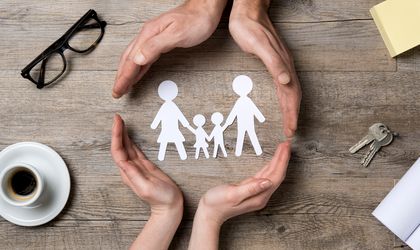 The foreign press has reported on the two-day referendum taking place in Romania between October 6-7 on whether to enshrine the definition of family as being the result of the marriage between a woman and a man.

“Dozens of human rights groups, which are encouraging people to boycott the ballot, have warned that approval would embolden further attempts to chip away at the rights of minority groups and push Romania onto a populist, authoritarian track,” Reuters writes. “Some opposition politicians and activists have accused the PSD of using the vote as a smokescreen to divert attention from its leader’s legal problems, and its clashes with the European Commission over the rule of law,” the outlet notes, adding that PSD’s head Liviu Dragnea’s appeal against a conviction in an abuse of office case begins on Oct. 8, one day after the vote.

The Associated Press reported that “the vote has raised concerns that non-traditional families will be discriminated against.” The news agency also noted that “Romanian law already prohibits same-sex marriages. Opponents say the new constitutional language is a mean-spirited attempt to make LGBT people feel more like second-class citizens and also could marginalize households led by single parents or unmarried couples raising children.”

According to the Financial Times, the referendum is likely to pass, given the country’s conservative orientation. “The two-day vote looks likely to pass, given the country’s conservative, mostly Romanian Orthodox population. But many observers say the true point of the ballot is to bolster support for the Social Democrat-led government, shifting the public’s focus away from rampant graft and measures to decriminalise corruption, and towards questions of traditional values, where the government is on firmer ground.”

“The same-sex marriage referendum is being conducted after changes to the laws and procedures for such votes, such as lowering the turnout threshold from 50 to 30 per cent, and removing provisions for electronic and video monitoring of polling stations,” the outlet notes. FT also quotes European Commission VB Frans Timmermans, who said this week that “the European Commission has no power in this matter,” adding that EU member states have full jurisdiction over this matter. “This issue should not be used to feed some of our darkest demons: the hate against the sexual minorities, the attempt to bring women in the same situation they were centuries ago,” he warned.

The Irish Times also notes that, in a letter addressed to Romanian PM Viorica Dancila, MEPs pointed to the fact that the vote promotes “the message that single-parent families, non-married partners with children…and all other families that do not fall under the narrow definition proposed by the referendum do not deserve to be recognised and protected”

“The UN convention on the rights of the child – ratified by all EU member states, including Romania – never defines a family as between one man and one woman, granting all children the same rights, regardless of who are their parents,” the letter reads.