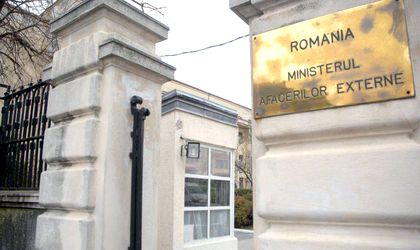 The Romanian Foreign Ministry is contradicting the Hungarian Foreign minister, Peter Szijjarto, who had said after his Bucharest visit that Hungarian companies will contract the entire transport capacity of the BRUA pipeline.

“According to European regulation, we cannot speak of gas sources or infrastructures dedicated exclusively to a particular destination or country,” the Romanian Ministry states.

The Hungarian press outlet MTI had reported on Monday that minister Peter Szijjarto had stated that “the parties have agreed that until 2020, Romania will create the necessary technical conditions for gas exports to Hungary, and starting in 2022 the transport to Hungary of a significant quantity of gas produced in the Black Sea will be made possible, after Hungarian companies will contract the entire transport capacity of the pipeline, a total of 4.4 billion cubic meters”.

The Romanian Foreign Ministry also adds that during Szijjarto’s visit in Bucharest “no agreement or other bilateral document was signed which referred to gas exports from Romania to Hungary or any other new projects in the energy sector. During the talks, elements which are already known publicly were discussed, as well as the status of projects in development, with no new elements.”

Szijjarto had an extremely controversial visit in Romania on February 4. He met with Foreign minister Teodor Melescanu, and later with coalition leaders Liviu Dragnea and Calin Popescu Tariceanu. Initially, Melescanu had refused meeting with his Hungarian counterpart.

The BRUA project is being developed in the context of a diversification of natural gas supply sources of European countries, increasing the security of Romania’s gas supply by accessing new sources, and facilitating the access of Central and Southern European markets to the natural gas resources from the Caspian region.

Phase II of the project is uncertain since Hungary surprised the European Commission and the European market through an announcement made by their national gas transport operator, according to which the BRUA pipeline, supported and financed by Brussels, will not be extended to Austria. According to this surprising decision, the pipeline will stop in Hungary, and the gas will be redirected via other routes, towards Slovakia, Ukraine, Serbia and Croatia.