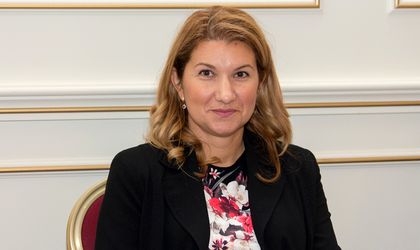 Lacking a long tradition in entrepreneurship, Romanians are still afraid to set up their own business and potential failure is perceived as a significant personal and professional defeat. Entrepreneurial education needs to be embedded from childhood in order to prepare future generations of young businesspeople, say entrepreneurs.

Last but not least, the same study found that, in order to improve the positive image of entrepreneurship, businesspeople think that the focus should be more on communicating the impact of entrepreneurs in the economy, by creating new jobs and generating economic growth. This focus is important especially in a country like Romania, where the role of entrepreneurs is not yet well known because of the lack of entrepreneurial tradition. In addition, the promotion of the career opportunities that entrepreneurs offer is even more important (cited by 49 percent of respondents). Launching a business needs to be seen as a valid career option and a serious move towards personal accomplishment.

According to Andrei Pitis, founder and CTO at Vector Watch, Romania is a market where entrepreneurs, either first timers or those who lead more mature businesses, can still experiment. “It is an environment where you can learn to lead a company, but for those who want to perform, this is just the beginning. There is something very important that is missing from this formula: business education starting from childhood,” he says.

He thinks that practice is the best school for entrepreneurs and Romanians still don’t have the experience. “If we stick with messages about how to think out a business plan or design a product, aimed at young people over 20-25, a lot of time has already been wasted. All the information should be presented from middle school so that when they choose their high school or college, they should be able to consider founding their own company at some point,” urges Pitis. He says that initiatives like Innovation Labs and local hubs that offer advice for young entrepreneurs are good examples in this regard. “Despite this, these are local initiatives that are generally concentrated around large urban centers like Bucharest, Cluj-Napoca or Timisoara, and there is no national coordinated program that can offer truly useful entrepreneurship lessons for all interested pupils and students,” says Pitis.

If education is one of the main drivers in encouraging entrepreneurial initiatives in Romania, how could an MBA/EMBA program help Romanians make their entrance into the business world? According to Bianca Ioan (pictured above), marketing director at Asebuss, the MBA program for entrepreneurs includes the specific curriculum of an international accredited MBA program while courses cover all managerial skills, from financial-accountancy, marketing, strategy, macroeconomics and business plans to international politics and finance, and human resources.

“As a program that addresses both entrepreneurs and those who intend to start a company, as well as managers, the advantage is that case studies are focused on entrepreneurial companies while discussions also include examples of companies from Romania,” says Ioan. She adds that a special experience is the interaction with business owners that are invited to discuss with students the moments or key decisions they experienced in their own company. “While at the beginning of the EMBA program entrepreneurs represent 5 to 10 percent of the total number of students in a cohort, this number triples in the first three years after they graduate, reaching over 30 percent,” says Ioan. As for the MBA program geared towards entrepreneurship, she adds that entrepreneurs represent about 25 percent, to which another 20 percent of new entrepreneurs will be added after the program is finished. “For example, within the 2015 MBA series of graduates, two businesses were launched during the second year and there are several other business ideas that have the start-up plan finalized and are waiting for the right time to be launched,” says the Asebuss director. KIM plans to launch a new software product and begins negotiations for a...