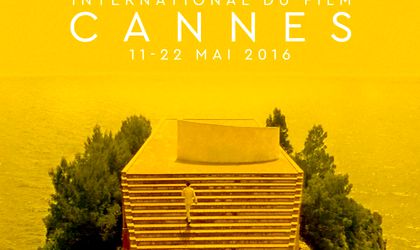 The official selection of Cannes film festival has just unveiled for this year’s edition, and two Romanian films out of twenty have made in the festival’s main competition. Cristian Mungiu’s Bacalaureat, and Cristi Puiu’s Sieranevada are the movies selected for the competition. Moreover, Bogdan Mirica’s Dogs (Caini) was selected in the Un Certain Regard category. The short films competition will also screen a Romanian movie, 4:15 PM The end of the world, directed by Cătălin Rotaru and Gabi Virginia Sarga, while Alexandru Badea´s All rivers run to the sea (Toate fluviile curg în mare) will be in competition for Cinéfondation section.

Bacalaureat is the first movie Mungiu directed after Dupa Dealuri (2012). The film talks about the responsibilities of parenthood. Cristian Mungiu is one of the best-known Romanian directors who won the Palm D’or award for his film 4 Months, 3 Weeks and 2 Days (4 luni, 3 saptamani si doua zile) in 2007, opening way for the new wave of Romanian directors to international recognition.

Director Cristi Puiu returns to the big screen with Sierranevada, a film showing the history of a commemoration that no longer occurs. The film stars Mimi Branescu and Bogdan Dumitrache. “Sierraevada is a story about a commemoration that never gets to take place, a story about those who choose to escape into fiction and hide their fears behind ‘concrete reality’ when overwhelmed by a grief they cannot understand. It is the imperfect restitution of an unorthodox requiem,” Cristi Puiu says in Director’s Notes.

The event will take place in Cannes, France, between May 11 and May 22.