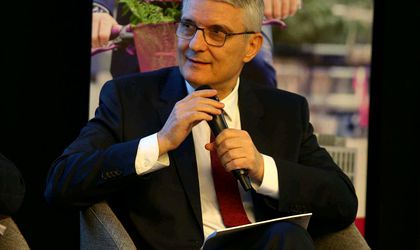 Daniel Daianu, member of the administration board at the National Bank of Romania (BNR), said on Tuesday, during the Foreign Investors Summit, the 3-day event organized by Business Review magazine, that the country’s labor market poses challenges.

The foreign investment community in Romania has issued warnings in the past few years about the lack of the qualified workforce.

“There is a lack of labor force,” added the BNR official.

Daianu said, however, that the macroeconomic picture of Romania is “looking more than better” and that the local economic growth is “surprising in the European Union.

He added that he welcomed investments made by German, Italian or Austrian investors in the industrial field.

The BNR official explained that the economic imbalances have been reduced significantly in the past years and that this year, the current account deficit will be double that of last year, but it can be financed.

On the lending side, he said that the RON-based lending has around 55 percent on lending flow and that the reliance of the local economy of the euro has to further decrease.