The Foreign Investors Council, the association whose member companies generate around 25 percent of Romania’s GDP, said in a statement that public authorities have on their agenda a series of controversial measures that “will lead to the weakening of the rule of law and the normative framework necessary for a modern economy.”

The FIC cites the adoption of a law in Parliament that exempts most state-owned companies from the rules of corporate governance.

Furthermore, the association says there is “increased political interference” in the work of regulatory authorities, which should be independent.

“Legislative proposals that call into question the separation of powers and the capacity of the judiciary to ensure compliance with laws and regulations,” said the FIC. 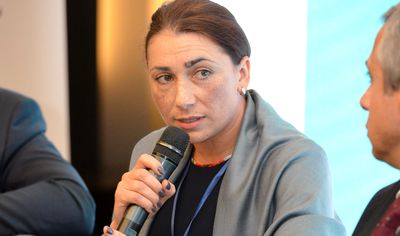 “These decisions, taken without consultation and without proper information to the public and the business environment, will provide further arguments for deepening the mistrust in institutions. Moreover, without corporate governance rules for state owned companies, Romania will not fulfil the criteria for joining the Organisation of Economic Cooperation and Development (OECD) an objective included in the foreign policy chapter of the governing program.

Romania’s long-term potential, including that of becoming one of the most important EU economies, can be achieved by channeling all energies towards such a major objective and by observing the principles of transparency, stability and predictability,” said the FIC.

Ramona Jurubita is the new president of the Foreign Investors Council