EY study: 89 percent of businesspeople in Romania expect higher turnover for their firms this year 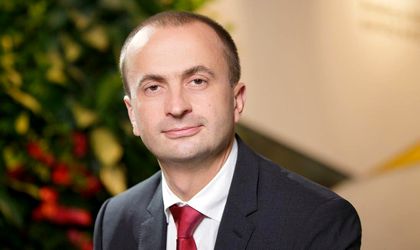 According to an EY study, 89 percent of the businesspeople expect the turnover of their companies to go up this year, while 7 percent expect a reduction of their business results and 4 percent mention a stagnation.

Out of those who expect an increase, 41 percent estimate a significantly positive evolution . The expectations regarding the profit evolution are also positive, as 81 percent of the companies expect a growth in the profit during this year and almost one in three companies expect an increase of over 10 percent of this indicator.

The increased tendency of sales will be supported by the investments increase, 64 percent of the companies plan their growth by 5-30 percent until the end of the year. For financing, the respondent companies use own equity and loans from affiliated companies, followed by bank loans, says the study “A new vision of growth”.

„Romania goes through a good period economically. According to the forecast of the IMF, Romania will register this year the highest economic growth from Europe. However, the results of this EY study edition shows the worry of Romanian executives for the Romanian economic growth model, strongly based on consumption. Thus, 98 percent of them say there’s a need of a country strategy to ensure a sustainable growth for Romania, ” says Bogdan Ion, country managing partner, EY Romania.