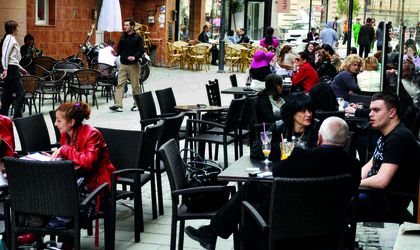 The local response to Brexit, the Sky scandal and Romania’s growing self-confidence come under the lens in BR’s regular look at life in Bucharest and Romania from an outsider’s viewpoint.

This month I was put in touch with a journalist writing a piece about UK expats living in Romania since the EU referendum. One of her questions was whether there was any anti-British sentiment now.

It would be understandable. For Romanians, many of whom worked and yearned for cherished EU membership status for so long, to see the same thing dismissed in an implicit rejection of their compatriots trying to better their lives in Britain, is surely sad and hurtful.

Young people who had thought of studying or working in the UK have had those hopes if not shredded, at least put in doubt.

The disgusting arson attack on a Romanian shop in Norwich, amid a stomach-churning uptick in racism and xenophobia since June 23, would be further reason for people here to resent the British, and make such views known to UK citizens living in their own country.

Not a bit of it. The only reaction I’ve had since the calamitous outcome of the vote has been sympathy. Further evidence of how hospitable Romanians are, whether you’re in their living room or just in their country.

One local silver lining to the Brexit cloud is that Romanians can clearly see that their country has no monopoly on stupidity and dishonesty.

A colleague of mine, noting that the “Brexit advocates fled like rats from a sinking ship” after unexpectedly winning the vote, told me, “You know, I thought that Romanian politicians are the worst, but now, I am starting to see that other countries have unscrupulous people like that too.”

They also have unscrupulous journalists. A row is currently ongoing between Sky News, which claims its reporter met illegal arms dealers in the Romanian countryside, and local representatives who say the “dealers” were actors faking it for a fee, and that the filmed assignation was scripted.

Sky (owned by Brexit-favoring tycoon Rupert Murdoch) is standing by the story, and the furor is still playing out.

But something that struck me – as the Sky reporter condemned the ensuing “trolling” – is that Romanians seem much more willing to stand up for themselves these days, compared to when I arrived in the early 2000s.

But today’s Romanians seem much more inclined to fight for their rights – whether it’s marching to force resignations or support environmental causes, or taking the high-profile to task when they slate Romania unfairly.

Social media play a big role in this. Romanians are famously tech-savvy, and flock online to protest injustices against their country, as John McCain and Bernie Sanders both found out in recent months after disparaging comments.

It’s good to see Romania – which offers so much that so little is known about – flexing some self-confidence.