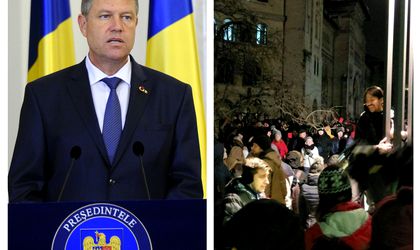 In the first of this year’s monthly columns considering events in Bucharest and Romania from an outsider’s viewpoint, BR’s resident expat reflects on government attempts to pardon convicted criminals and the public’s impressively indignant response.

When I’m asked how Bucharest has changed in my nearly 15 years of living here, my first response is usually: better restaurants. But turning my thoughts away from the carnal, another major difference is in the strength of civil society. In my early years here, many Romanians appeared to have a deferential, fatalistic attitude to authority.

This was hardly surprising given decades of authoritarian rule and the fact that mass street protests had proved fatal for demonstrators within recent memory (the Romanian Revolution, the Mineriad). Many people behaved as though little could be done to challenge the powerful.

(This fatalism is also reinforced by the local folklore, which I still struggle to fathom. Don’t just plan your funeral after you find out the other shepherds want to kill you! You’ve got a talking sheep, for goodness’ sake – lay a trap for the plotters or at least just run away! And bricking up your wife behind a wall because she happened to be the first one to come along with your lunch is monstrous, not the action of a prudent builder! If the monastery kept collapsing, try checking your architectural plans and construction materials before femicide!)

Today, it’s different. The Bucharest citizenry seem to take to the streets regularly, whether in relation to government corruption, electoral scheming, Rosia Montana, diversity, women’s rights or the Colectiv tragedy.

And as if they didn’t have enough on their protesting plates with political misdeeds at home, Romanians are now taking it upon themselves to rally against foreign threats: a hardy group steeled themselves against temperatures of around -7 degrees in January to join a solidarity Women’s March against Donald Trump on Strada Washington.

The Romanians I talked to often seemed – still do in some cases – to suffer from a totally unwarranted sense of embarrassment and insecurity because of their nationality. It’s heartening to see this aspect changing, and witness the people standing up for their beliefs so visibly and vocally.

The biggest demos of recent weeks have been against the newly elected PSD government’s shameless attempt to bring in an amnesty law – ostensibly to relieve pressure on overcrowded prisons, but actually, say critics, so they can let their criminal cronies back on the streets and thwart the excellent efforts of the National Anticorruption Directorate (DNA) to “drain the swamp”, to borrow a phrase. Sad!

How encouraging to see the president, Klaus Iohannis, join protestors at the rally. Okay, it may be a while before the country’s top politician leads a Pride march, Justin Trudeau style, but it’s still a great leap forward.

Iohannis has initiated procedures for a referendum on the PSD’s devious new proposal. As a Brit, this rings alarm bells – referenda don’t always yield a good result. In return, the government now wants similar ballots on plans to amend the Constitution to define marriage as the union between a man and a woman (therefore banning same-sex wedlock) and on immunity for Romania’s politicians – who seem to be significantly more prone to criminality than the population in general.

With the smoking ban, tenacious DNA measures to bring justice to rich and powerful crooks, the defeat of the PSD’s bid to steal the 2014 election by preventing the diaspora from voting, and the technocratic Dacian Ciolos government, Romania had really seemed to be on the right track in recent years, shaping a cleaner, better society (of things done properly, to borrow another phrase). A society that stands a greater chance of holding onto its bright, ambitious young people, rather than losing them to Western Europe.

Now, if these proposed votes go the way of the regressive, uneducated part of the electorate – which seems to have become a trend in the Western world lately – taking the law backwards on gay rights and giving grubby, thieving politicians immunity for their crimes, much of this good work would be undone.

Let’s hope Romanians can do better than some so-called “more advanced” societies, and vote to take their country forward, not back.