Expat opinion. Back to stay in Romania: A third culture kid come home 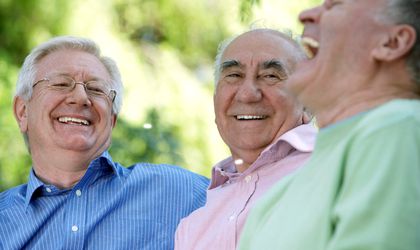 In our first ever monthly column reflecting on the Romanian experience from the perspective of a native whose life has primarily been spent abroad, BR’s resident repat will temporarily fill the expat’s shoes by reflecting on life back home.

First, a short backstory – my own personal elevator pitch. I left Romania in 1988, at seven years old, shortly before the Revolution, as a result of my father’s courageous swim across the Danube River two years earlier, and my mother’s equally courageous two-year toil with Communist authorities. The following 26 years were spent between the US, Germany, Italy and New York City (a country all on its own, in my opinion), before a sudden and little-thought-out decision to drop everything brought me back home to Bucharest three years ago. Insane? Rash? Perhaps, but my roots were calling.

A third culture kid is a term used to refer to children that have spent a significant amount of time growing up in a culture other than that of their parents – “citizens of everywhere and nowhere”, to quote the BBC. We’re much more used to transition, pick things up much more quickly, speak more languages, have a broader worldview, but also suffer from “rootlessness”. I have a music conservatory education from Milan, a Music Therapy Bachelor from Boston and a strategic communications MS from Columbia University in New York City. Between all those, I also completed all pre-med coursework (but decided not to go into medicine), did accounting work and learned French for fun on my morning commute; there is really nothing I couldn’t do if I wanted to – did I mention my modesty? 😉

“What the @*%#& were you thinking?” is the question I’m always asked, piqued with shock and disbelief by all of my compatriots. And since any (positive) answer – “I love it here” – is unsatisfactorily received, I can only relate my own personal experiences, one idiosyncrasy at a time, in hopes of infusing a little positivity and, perhaps, even answering the question.

Back during my international school days, we would sometimes gather (a Japanese, an Israeli, a Serbian, an American, a Swiss and several Italians) and have contests about who had the best swear words. And even then, with my limited knowledge (I was only 14 and a good girl, of course!), I always walked away so proud that my country’s foul language trumped everybody else’s, hands down. Germany’s “your mother can’t cook” doesn’t even compare with “f&^% your mother’s dead relatives” and you can also add “you f*&$ing c@*&sucker,” for good measure, at the end. Seriously, if you’ve had the chance to delve into the expressiveness of Romanian swearing, you’ll agree with me that creativity reaches a whole other level. Just recently, the opportunity to go to a soccer (or football, whatever) match, vastly expanded my cultural horizons (they even managed to work “sarmale” in). With a country that’s so expressive when it comes to stress relief, what’s not to love?

Rules are meant to be broken

Most likely stemming from Romania’s complex cultural history, natives are both fatalistic and negative, but have also learned how to be survivors, with a large dose of humanity, especially when it comes to rules. In the US, dealing with the everyday is fairly simple, yes is yes, no is no and people line up one behind another; it’s black and white. In Romania, it’s only grey, a situation that can be extremely frustrating when you need to get things done, but also leaves space for the “human” element. Following a difficult and long day at the office, I stopped by the local Billa for groceries. Tired and distracted, I finally made it to the cash register, realizing I had forgotten to weigh the bananas. After I told her I didn’t want them anymore, the woman at the cash register took my bag and walked away without saying a word, leaving me with a dose of frustration (“did she have to take the bananas back right then?!”). Finally, she returned with a smile on her face with the bag weighed. “You looked tired and I wanted you to be able to eat the bananas,” she told me. I was instantly revived; humanity exists!