Expat eye: Is living in Bucharest cheap? Seven things to check out 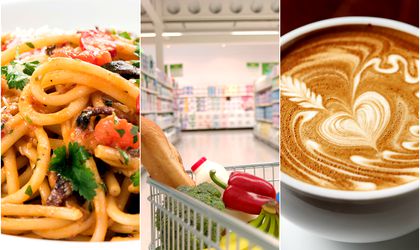 Back in Bucharest after half a year in the UK, BR’s resident expat resumes her post (ably filled in her absence by her colleague repat), and in her first column back, tries to work out if living in Bucharest is really as cheap as it’s always made out to be.

Most expats – Western ones at least – will tell you that they have a better quality of life here than in their home country. Foreign adventures and careers aside, this largely comes down to money: your cash goes further here, so if you have any sort of Western income – not even a particularly impressive one – you’re laughing.

I’ve always felt affluent in Bucharest. Having gone from student to backpacker to journalist – none of which are synonymous with having wads of cash to throw around – it was splendid to arrive in Romania and suddenly be able to afford restaurants, taxis and a city center apartment.

However, as I was sitting recently in a downtown café, enjoying my second RON 13 latte while congratulating myself for making such a shrewd life choice by moving to Eastern Europe, I got to pondering whether Bucharest is as good value as it has always seemed. So here it is, the lowdown on which aspects of living here are cheap as chips, and which are a right rip-off.

Meals out are a big part of the expat experience, and they can be superb value. The last pasta dish I had at a posh hotel here was around RON 40, or less than GBP 8. I’d struggle to find any pasta dish in the UK for that sum, let alone in a five-star eatery. (A caveat is the drinks: we paid RON 25 (!) for a big bottle of water with the same meal.)

Overall, prices of supermarket food are fairly similar in the UK and Romania – which, given the lower salaries in the latter, make it relatively costly here. Plus, the “bargains aisle” system – where food about to reach its sell-by date is significantly discounted – seems embryonic in Bucharest. Time your shopping trip cannily in the UK, and you can pick up RON 0.1 pineapples and the like. (The exception here is the fabulous fresh bread, which in the UK is still a middle class indulgence.) Anyway, UK food prices are on the up since the calamitous Brexit vote, so this category may be reassigned in a future article.

When a group of my friends came to visit for the Kylie concert some years ago, we worked out that including their flights, it was almost cheaper than seeing Kylie in London. Ticket prices have gone up since then, but whether it’s live music (from pop to opera), the cinema or clubbing, it’s usually much better value in Romania.

As the cost of the London travel card soars ever higher, it’s a joy to be able to scoot around town on buses, the metro or even in taxis, for a pittance. I remember the outrage when the ten-journey metro pass jumped from RON 10 to RON 15. A surge in relative terms, but still just GBP 0.3 a ride! Now it’s RON 20, or GBP 0.4 per trip – but you could pay ten times that on the London tube. And taxis – while a cab to the airport here costs less than EUR 10, in the UK it can often come to more than the flight itself!

Not the acquisition thereof, but feeding, clothing, cleaning and keeping them entertained. Starting a family certainly tips the balance of how economically you can live here as a young adult. While I’ve written previously about how great it is being able to afford a bona (nanny) and having willing and able grandparents on hand, most of the businesses that cater to kids here seem to be in collusion to denude parents of their every last euro. Fees at international schools can exceed EUR 20,000 – over half as much as Eton, and if your child goes there they have a good chance of becoming prime minister! Activities, toys and medical subscriptions all push up the cost of breeding.

And therein lies the rub. Putting a roof over your head anywhere you might want to live in the UK is so exorbitant, that it matters little that your weekly shop includes some cut-price pineapples. Bucharest property is so affordable to expat eyes, that with rent or mortgage being most people’s main outlay, we’re on easy street. It’s even possible to buy your home outright – nobody but rock stars, premiership footballers or criminals would be doing this back in London.

Yes, you can still drink street coffee for a few lei, but given how lovely Bucharest’s best cafes are (hipsters notwithstanding), you probably don’t. Sit back, think of your rent, and neck that RON 13 latte with smugness!