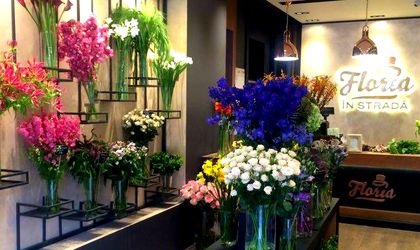 Floria Group will provide landscaping services for the Veranda Mall, the newest shopping center that will launch in Bucharest in the last quarter of this year.

The group won the contract shortly after finishing its landscaping project at the EUR 180 million ParkLake mall, which was opened on September 1.

The negotiations for the contract at Veranda Mall lasted around 2 months, according to the group.

Floria will handle the landscaping operations for around 5,000 square meters in the exterior area, including the turf, the trees and other plants.

Floria has doubled its turnover in the first three months of this year to EUR 900,000. In 2015, the group recorded an increase of 80 percent of its turnover to EUR 1.8 million on the back of an expansion program that included online and offline development. Last year, the company has opened its first flower concept shop in Romania.

At present, the company has two stores in Bucharest, out of which one is in Dorobanti Square. Floria has 40 employees and plans to increase its headcount by 25 percent by the end of this year, to support the expansion plans.

Veranda Mall has 30,000 sqm of gross leasable area and is developed by Prodplast Imobiliare. The mall requires a total investment of EUR 60 million.