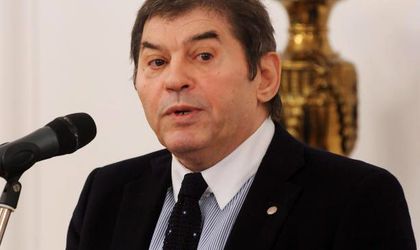 The former president of the Romanian Trade and Industry Chamber, Mihail Vlasov, has been sentenced by the High Court to two years in prison in a file investigated by the anticorruption agency DNA, according to Digi24.

Vlaslov was acquited in April by the Bucharest Appeal Court in this file in which he is accused of bribing a member of member of Parliament to promote a certain project as normative act.

He was sued in June 2015 under the accusation that in February 26 2013, he asked the MP “to support his interests” by promoting a normative act named “Law regarding the commercial registrars and the registration activity in the Trade Registry”, said the DNA when Vlaslov was prosecuted.

According to DNA, Vlasov wanted to adopt a normative act through which the Romanian Trade and Industry Chamber could take over the National Agency of Trade Registry. The MP is a member of the juridical commission, a permanent commission that can approve the legislative proposals before being voted in plenum.

Alina Gorghiu, co-president PNL, who also took part in the hearings, said during at the last term that she knows Vlasov and signed to support the project, but she didn’t read it carefully.

Vlasov was sentenced in June 2015 to five years in prison in another file for influence peddling.

Also he was sued on Thursday by the DNA prosecutors in the third file, accused of influence paddling to obtain some benefits in embezzlement  in forgery under a private signature.

In the same file, the designer Ingrid Vlasov, the daughter of Mihail Vlasov, was sued for complicity in embezzlement.