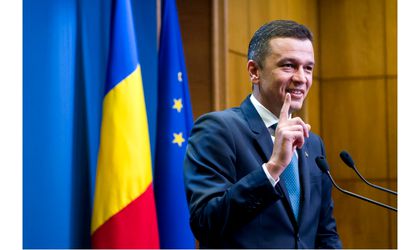 Former PM Sorin Grindeanu was voted by MPs as the new president of telecom watchdog ANCOM.

There were 270 votes for his appointment, while 117 MPs opposed it. He was nominated by PM Mihai Tudose for this position.

Two weeks ago, Grindeanu got approvals to head the ANCOM from the Economics Committee in Senate and the IT Committee in the Chamber of Deputies.

Grindeanu worked in the past as minister of communication and had a stint as MP between 2012 and 2016.

At the start of the year, he was appointed PM and removed six months later after losing the support of the ruling coalition PSD-ALDE.