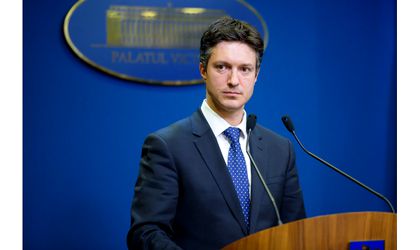 The former state secretary Manuel Costescu, who came to Romania earlier this year from London, where he was investment banker for JP Morgan, was voted MP in the December 11 general elections.

Costescu was voted in the Diaspora electoral college and he ran for the  Union to Save Romania (USR) party. The USR was founded by former NGO head Nicusor Dan this summer and got into Parliament after getting around 9 percent of the votes.

Costescu got 30,000 votes, which is an electoral score of 28.7 percent. He said that a lot has to be done for the Romanians in the Diaspora.

“There are so many Romanians who (…) built dozens of cities in Spain and Italy, and I am sure that some of these people would like to get back home. We have to make sure that no matter to whom we award the construction contracts, we have to specify: the builders themselves will also have to come from the Diaspora,” said Costescu, referring to the construction of highways, according to Agerpres newswire.

Costescu has been the head of Romania’s Foreign Direct Investments (FDI) agency for nine months. During his tenure, the agency became InvestRomania, a complex platform which acts as a one-stop shop for companies and individuals looking to make investments in Romania.