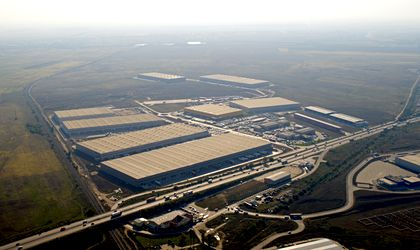 The Austrian investment fund Europolis is increasing the social capital of Sema Parc Bucharest by EUR 7 million, to EUR 33.1 million, seven years after the first such operation, Profit.ro announced.

Europolis is the owner of the company that owns two office buildings in Sema Parc, which is controlled by Romanian businessman Ion Radulea. Recently, it was taken over by Austrian real estate developer Immofinanz.

Seven years ago, Europolis increased the social capital of Europolis Sema Parc with EUR 11 million, to EUR 26.1 million. The increase was operated via two companies owned by Europolis Real Estate Management, one registered in Cyprus and the other in Austria.

Sema Parc is developed on the site of the former Semanatoarea factory in the Grozavesti area in Bucharest. In November last year, Immofinanz received clearance from the Competition Council of Romania for the take over of 10 companies which own office buildings in Bucharest, including Europolis Sema Park SRL. Previously, the Austrian company also purchased 26 percent of CA Immo shares from Russian businessman Boris Mints, as a first step towards the merger of the two Austrian companies that together own 15 percent of office spaces in Romania, following an EUR 604 million deal.