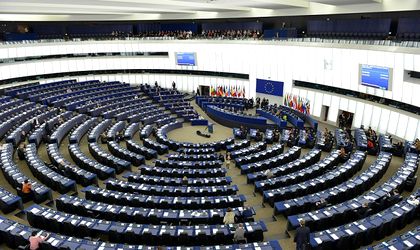 The European Parliament had a debate on Wednesday regarding the proposed changes to Romanian justice laws and the possible threats posed by these changes to the rule of law.

Vera Jourova, the European Justice Commissioner, repeated the European Commission’s calls for the Romanian parliament to open up the debate on the country’s justice laws, to ensure the independence of the judiciary system and reach a consensus over any legislative changes that might occur.

Jourova recalled that Romanians took to the streets to express their opposition to the proposed changes to the laws and their overall concern about the judiciary system, and that it was the first time when GRECO (The Group of States against Corruption) decided to produce a report on the subject.

The European Commissioner highlighted the fact that justice and the fight against corruption are directly link to the CVM (Cooperation and Verification Mechanism): “After 10 years of continuous effort, Romania has one of the best judiciary systems in the region, but in January 2017 the EC made several outstanding recommendations, which would have led to the termination of the CVM and Romania’s entry into Schengen.”

Many Romanian politicians have been calling for the termination of the CVM lately, and EC President Jean-Claude Juncker recently stated that this is one of the Commission’s objectives along with allowing Romania to enter the Schengen area, but that the fulfilment of these goals still depends on Romania’s upcoming decisions regarding the rule of law and the justice system. 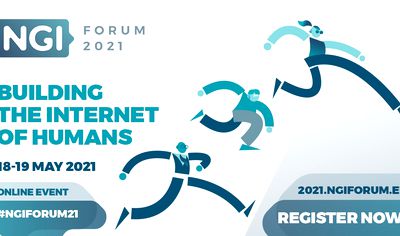 Read more about
NGI Forum 2021, 18-19 May: Building the Internet of Humans
read more

“Reforms of the justice system cannot be done against the system itself”, she added, and mentioned the fact that the EC’s recommendation was for Romania to seek the opinion of the Venice Commission.

During the debate, several MEPs from various European countries entered the debate, and while most were critical of the proposed changes to the justice laws, some were more restrained or said that Romania should be allowed to make its own decisions.

Roberta Metsola (PPE): “Romanians want corruption to be eradicated, which is the reason why they protested in the streets, and the parties which have won the elections do not have the right to divide a country.”

Ska Keller (Greens) talked about the tens of thousands of people who prostested in Romania and said that “a corrupt elite is abusing its power” and this is why Romania is taking steps backwards: “Corruption is a scourge that we haven’t overcome (…) Through the new justice laws, prosecutors are left without investigative instruments (…) We see what’s happening in schools, hospitals, where you risk getting sicker (…) We need a government that cares about these things.”

Tanja Fajon (S&D) expressed her conviction that Romania can solve its own problems, through institutional dialogue and with the EU. She called the protests “a sign of serious civic attitude”.

Romanian MEPs from the PSD-ALDE coalition also spoke during the debate.

Norica Nicolai (ALDE) addressed Vera Jourova and defended the Romanian coalition: “In Bucharest we have the intention of legislating, we haven’t even had a discussion about changing the Criminal Codes. Aren’t the presumption of justice, rights and freedoms things that you guarantee? What did you do when tens of people were arrested abusively? What did you do when people were put under illegal surveillance?” She added that many lies have been told and that Vera Jourova did not want to meet with Romanian Justice minister Tudorel Toader.

Gabriela Zoana (S&D), who replaced PM Viorica Dancila in the EP, said that “the justice laws are necessary” and that “Romania is the perfect example of an exercise in democracy”.

MEPs representing the Romanian opposition accused PSD-ALDE of spreading lies and taking actions that are meant to affect judiciary independence:

Traian Ungureanu (PPE): “Can you allow a thief to set the prices in the store he’s stealing from? European norms do not state that a government can change the laws in order to be exempt from them. The first decision of the government changed laws related to the crimes of its leaders.” He added that linking EU funds with the rule of law is wrong, however, as it would punish citizens, not the government.

Monica Macovei: “The coalition lying about transposing European Directives, it is not true. In our country the presumption of innocence is already protected much more than the Directive even requires. Through the changes made to the criminal codes, the transborder judiciary cooperation will be affected, and Romania will become the paradise of criminality.”

Cristian Preda said that Romania is not a second hand country, but that it has a “seventh hand government” which includes illiterate and criminal individuals.